A-Squared Media is a strategic media planning and buying agency dedicated to delivering exceptional results for your brand and product or service objectives. We are A-Squared Media and we are some of the smartest, friendliest media people you will ever meet.

Making smart choices among the hundreds of options available in any market is at the heart of a successful media plan. Our planners partner with your team to determine and select the best possible communication channels to reach your audiences and meet your objectives at the lowest possible cost.

Managing your media cost is its own art. When your budget is on the line the planners and buyers at A-Squared Media combine their vast industry experience, nationwide media relationships and tough negotiating skills to get you rates that will plus up your campaign to new levels. Our buyers are driven to meet your media objectives with seamless strategic delivery while maximizing your budget.

So, when you need a media buying team that’s willing to go the extra distance to deliver a winning campaign, email ali@asquaredmedia.net 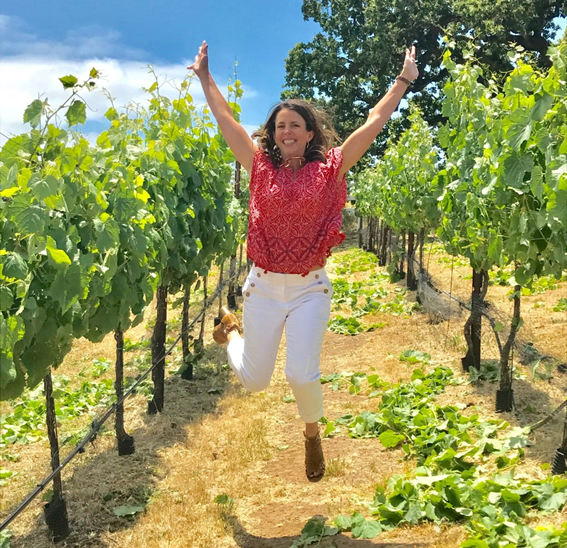 Before founding A-Squared Media, Ali spent many years (let’s say more than 10 but less than 20 and leave her actual age a bit of a mystery) working in almost every department at ad agencies across Texas. The foundation she built learning about the creative, production, account service, and media processes was invaluable to her ability to understand what it takes to start her own agency and make it successful. For her, it is all about the relationships.

Ali has seen firsthand that the best media buys are born out of rock-solid relationships between agency and client, between agency and media partner, and–most importantly–between the brand and its audience. These types of relationships cultivate open and honest communication, facilitate the creation of solid strategy, and deliver the most effective media buys, yielding clients’ desired results. Ali has innate communication skills and the uncanny ability to take the most complex situation and boil it down to a straightforward, effective solution.

In addition to her obvious passion for media and advertising, Ali has many other interests, most revolving around having as much fun as possible. It is well known by anyone who follows her on social media that she is a live music zealot and attends a somewhat obscene amount of concerts, her annual favorite being BottleRock in Napa, which also plays to her passion for wine. A loud and enthusiastic sports fan as well as a proud graduate of San Diego State University, she attends as many SDSU Aztec football and basketball games as she can. Ali loves to travel and see new places as often as possible (much to Spike’s [the cat] and Ginny Weasley’s [the dog] dismay). 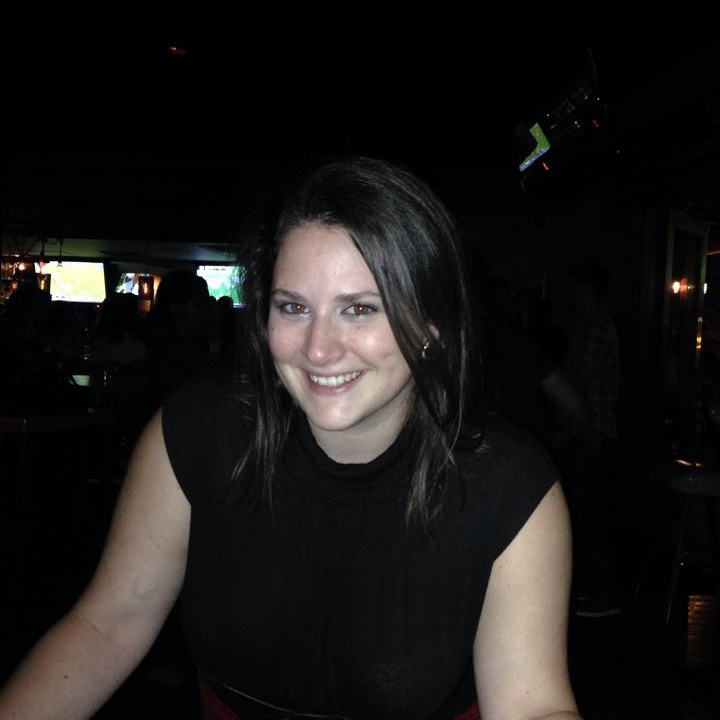 Amy is a born and bred Texan, a graduate of Stephen F Austin State University, and a Chi Omega from the Epsilon Zeta Chapter who’s been part of the A-Squared Family since its founding. Her background in sales and account management make her a strong leader in the A-Squared Media – DFW Office. She wears a lot of hats throughout her day and touches most everything we do here.  If you’re looking for an answer, she can help you find it!

Relaxing on the McKinney Square with Cooper and their dogs, Buddy & Izzy, is her favorite way to spend the weekend.  She loves spending time with her family, getting lost in the outdoors, riding horses, and working on her golf game.  To sum her up in a nutshell, she’s a Harry Potter loving, Disney singing, theater going, wine drinking weirdo who knows things. 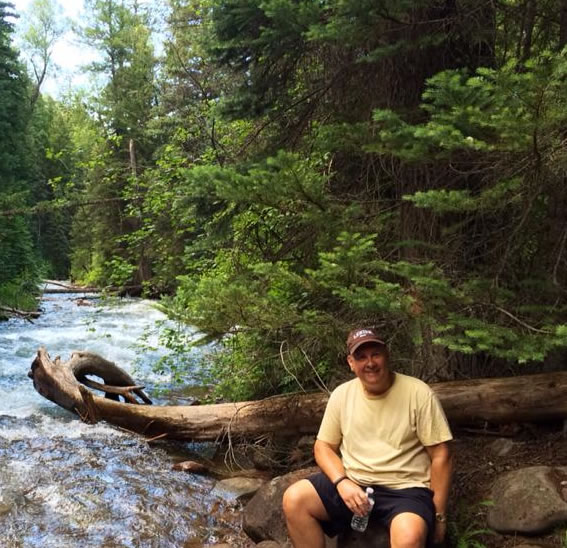 Although we specialize in media planning and buying, we also have clients who request branding and strategy work. When that happens, Jack goes to work! Jack is a versatile sales and marketing guy with a successful record of product development, marketing strategy, brand management and C-suite sales across diverse industries. Executing strategic, creative, effective campaigns with flawless delivery is what he does best. Jack provides strategic marketing vision and supports clients’ brand marketing plans, and creative and media campaigns. 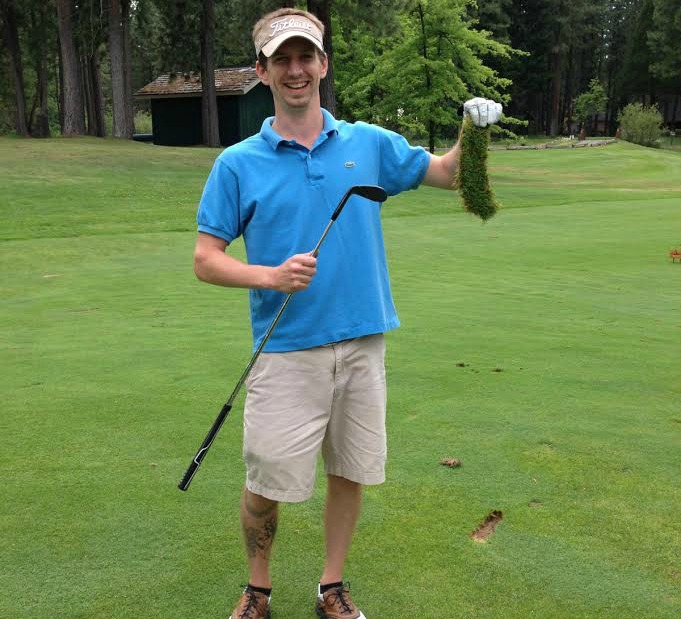 Cooper moved around the United States growing up, but has called Texas home since his high school days.  He lives just outside of Dallas and is a big part of growing A-Squared Media DFW as a Media Buyer and Account Manager.  A professional problem fixer, Cooper has spent his career managing and growing companies in every role imaginable.  His technical know-how and love for figuring out how things work make him an awesome fit for this business.  A United States Paratrooper with the 82nd Airborne, Cooper has beaten us all at the travel record.  He is a proud graduate of the University of Texas at Dallas, and a founding father of the Tau Delta Chapter of FIJI.

Cooper is an avid golfer and will happily pick up the 19th hole after any round.  He also enjoys the outdoors, fishing, and smoking all the brisket the Lone Star State has to offer.  You can find him enjoying the good life with Amy and the dogs most weekends.  His favorite Christmas movie is Die Hard, not Elf. 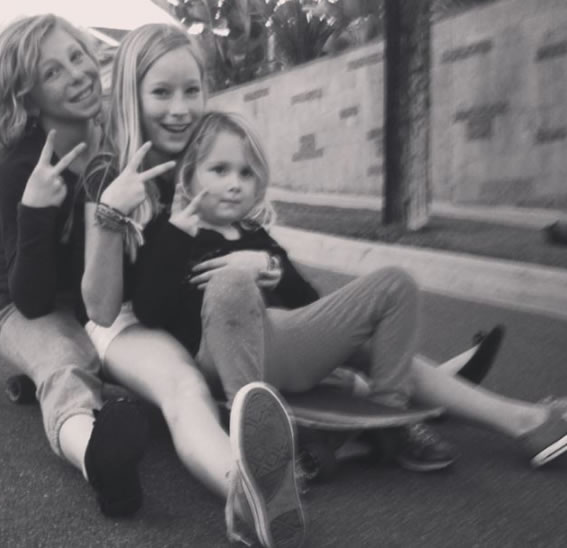 Kate’s clients are diverse… from a hot-sauce company to a top Los Angeles law firm and many different iterations in between.

Kate is based in the Sunny San Diego, and is dedicated to providing high-end design solutions. She excels at communicating with clients to establish and maintain goals, budget, and delivery timeframes. Additionally, She maintains the flexibility necessary to develop the best solutions for a variety of clients. 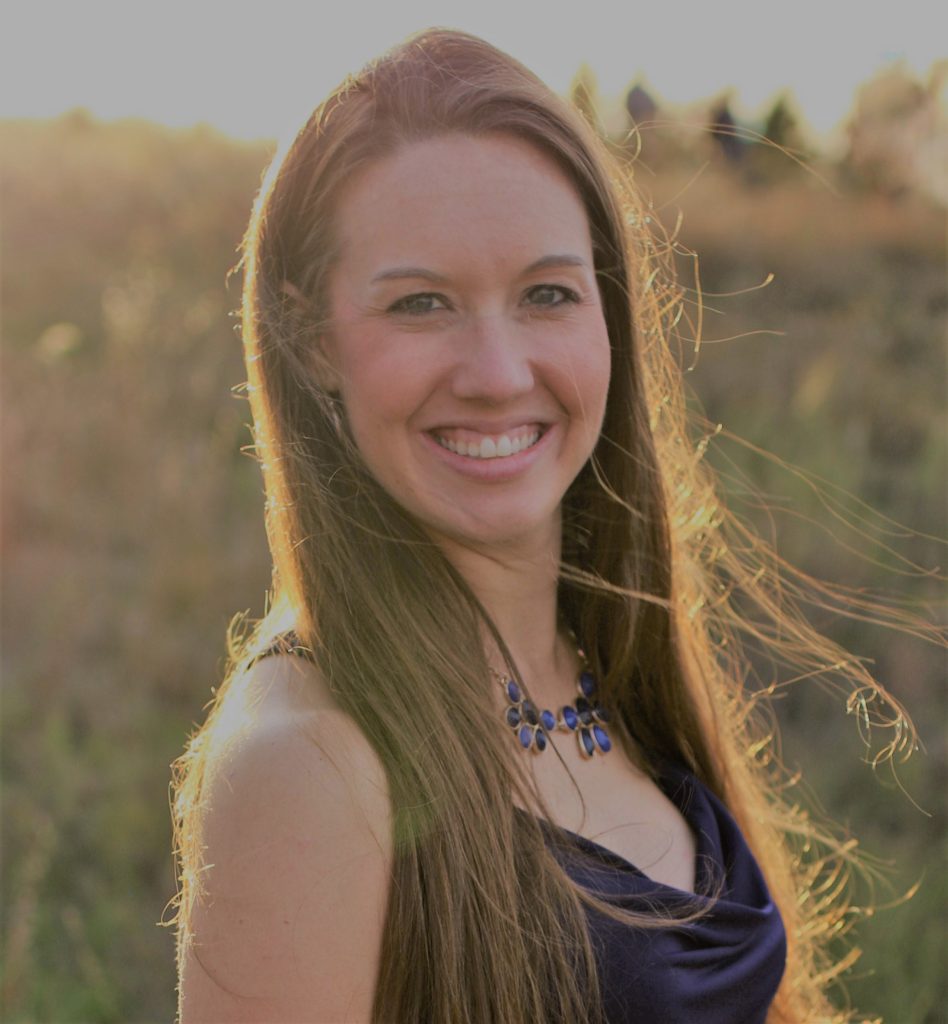 Emelie is from Indianapolis, Indiana. She is a graduate of Ball State University, lived in Phoenix, Arizona for six years, and currently resides in Dallas, Texas.

She enjoys country music, binge watching Netflix and Hulu, biking, hiking, and camping. When the weather is nice, she loves going to festivals, checking out new places, and sitting around a campfire at night. Most importantly, she enjoys spending quality time with her family.

A-Squared Media is closed every year on July 16th in celebration of our favorite Elf/Figure Skater/Anchor Man’s Birthday. We love Will Ferrell, we love how much he makes us laugh, we love how he celebrated San Diego with his portrayal of Ron Burgundy and so, here at A-Squared Media, we have declared his birthday one of our official agency holidays.

Yes, that’s right… July 16th is Will Ferrell’s birthday and if today happens to be July 16th then you won’t find any of the A-Squared team at work. If you didn’t know before, now you do, so go have some spaghetti with maple syrup and Pop Tarts or something! And, while you are at it, enjoy watching some of his classic, hilarious clips right here!!

and scaly ones too…

They say that pets make us happier and healthier! Their presence helps us stay relaxed and kicks up the happy hormones in our brain – what could be better!?

Here at A-Squared Media, we have a special kind of love for our four legged/gilled and floppy friends. You can expect to see some the company pets hanging around our staff, especially when there’s food involved! 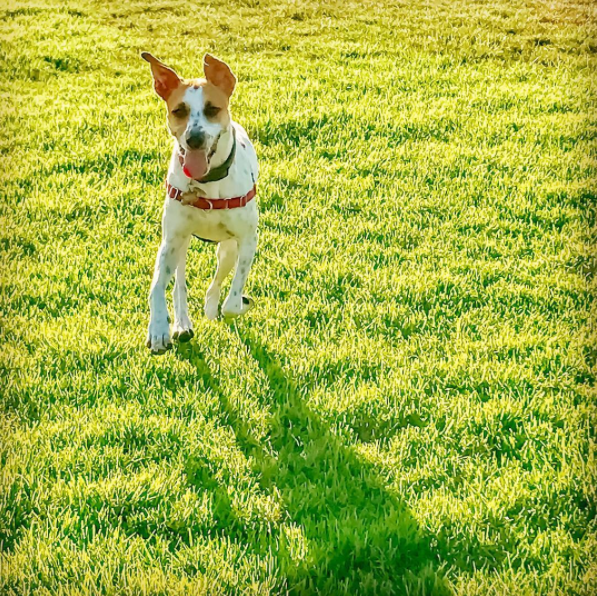 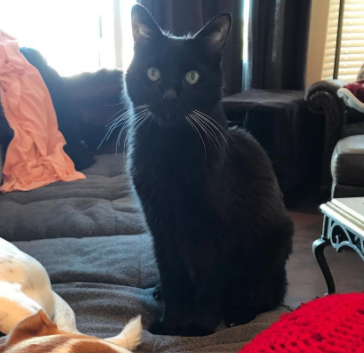 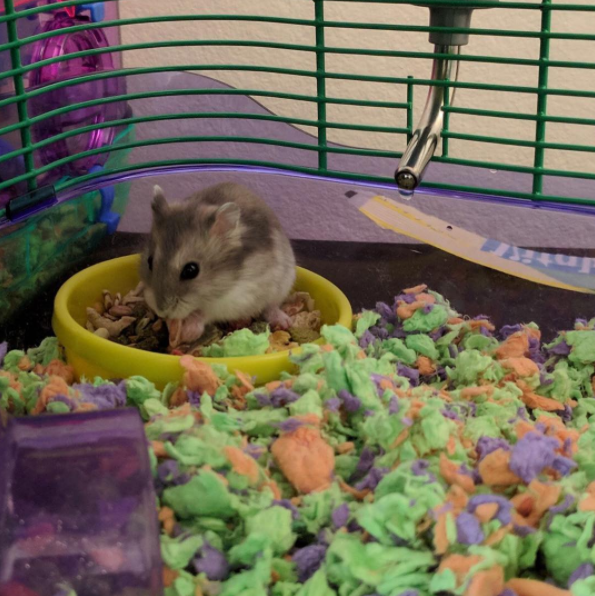 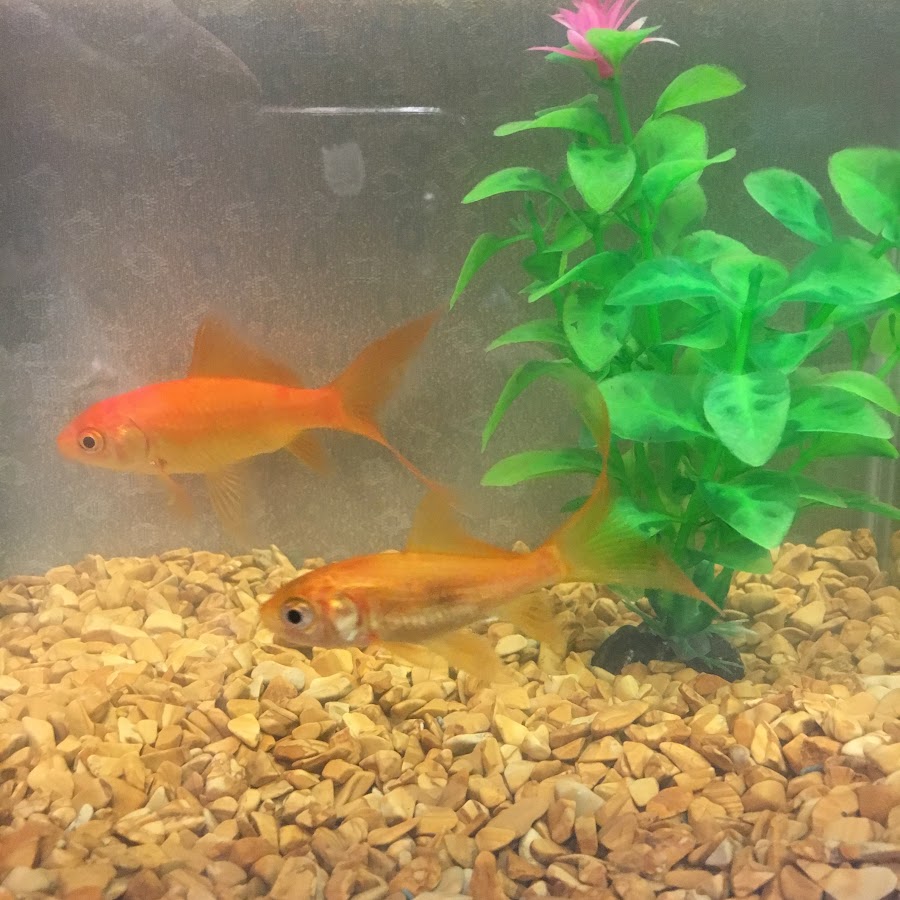 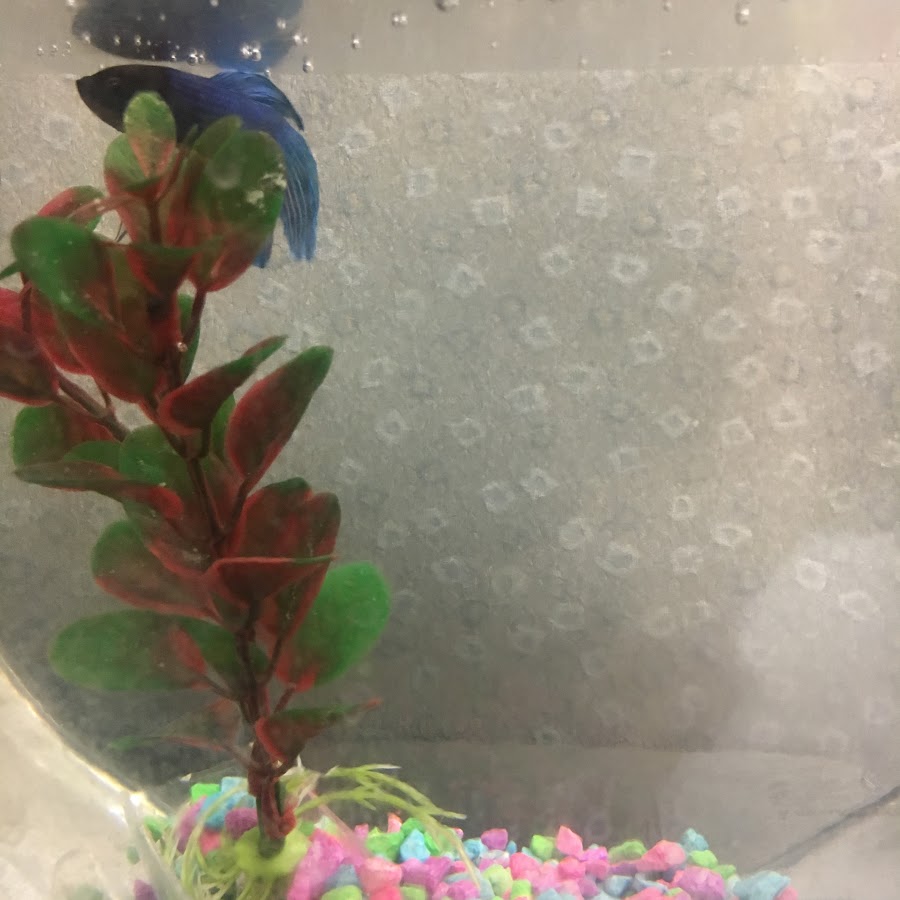 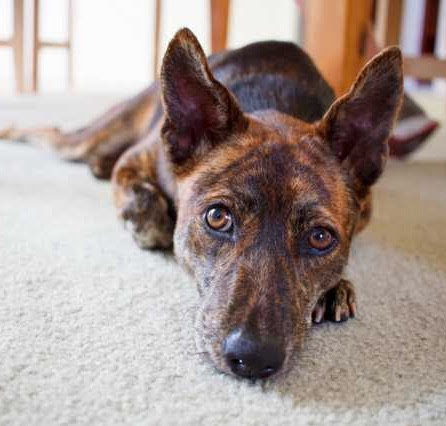 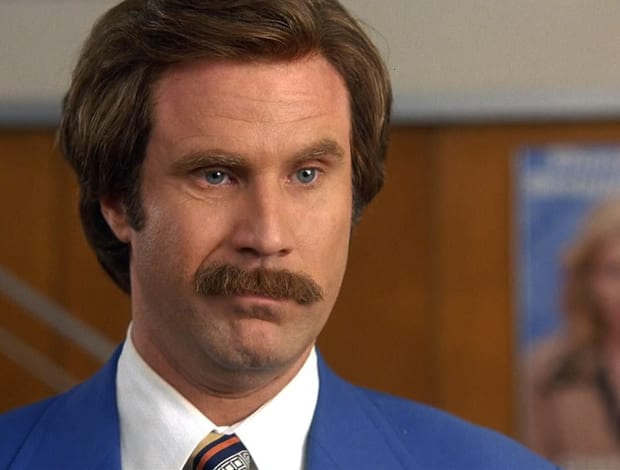